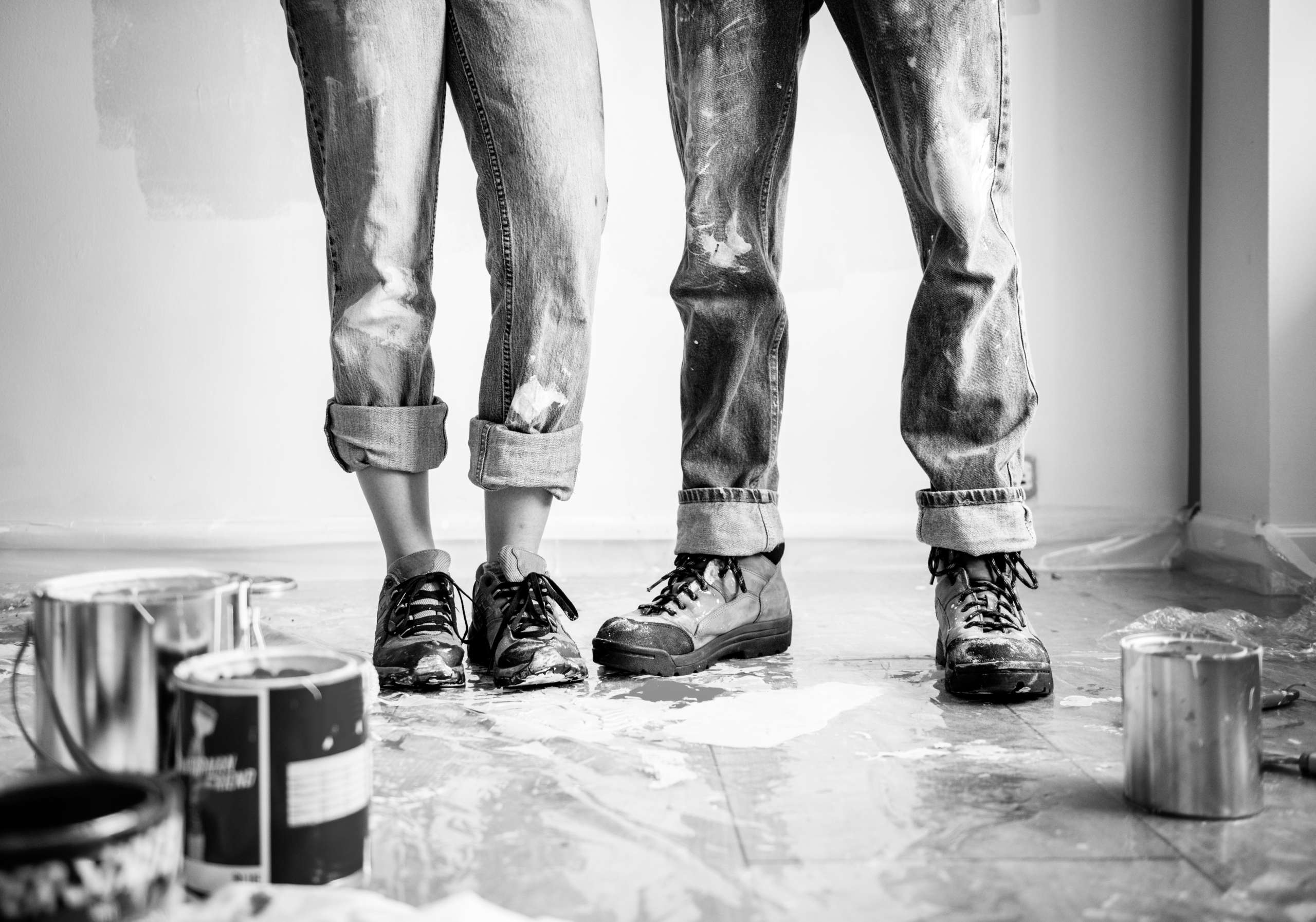 How businesses should take advantage of the gentrification issue…or opportunity!

Hey, hey, beautiful people, we are back tonight along with the theme. You are still worth the fight. You are legendary. Now, tonight’s topic is distractions will drive you out if and only if you let them.

Listen, you know, we’ve got an action-packed day, so let’s get on with the getting on. So, we were talking about gentrification last night. And it’s so strange that sometimes when you have the opportunity to say something from the heart, you receive backup from the most unassuming places. And so tonight we’re going to continue in that vein of, you know, it is all in the way you see things. It’s all in the way you perceive something to be that will determine the outcome. So gentrification in and of itself, we called it that nasty G spot or that G-word that no one wants to talk about, but it is so anyhow. By definition, gentrification is the process of improving our neighborhoods using the influx of more affluent residents. And this is a common and controversial topic in politics and even in urban planning. Gentrification improves the material quality of a neighborhood, but forces low-income residents to move to different areas due to the increase of ranks.

Now you may see one thing, but what does it mean? If you look at the words verbatim, gentrification is a process of improving neighborhoods for what your business using the influx of more affluent residents. Who is that? Your new clients and neighbors. This is a common and controversial topic in politics and urban planning. That’s your cue to get involved. Get involved with your community, the planning process, and connect with your local politicians. Gentrification improves the material quality of a neighborhood before it forces out low-income residents to move to different areas due to the increase of rent. So what does that mean? That means move your business to another level. Marketing 101 dictates challenges are, in fact, opportunities.

Now, in an article written by Daniel Hurts back in 2016, he wrote that when we talk about gentrification, we also often almost always focus on housing. Still, another primary concern is the effects of rising prices on retail, both because of what it means about the asset accessibility of goods and services for residents and because of questions of community character.

So, we’re going to continue with this article because I want you to see precisely what it does and what it doesn’t mean for you as an entrepreneur, a holder of the brand, etc. The Philadelphia Federal Reserve Bank’s recent symposium on gentrification included a paper from Rachel Meltzer of the New School on this very subject. Meltzer begins by indicating two ways that gentrification might affect, might affect small businesses, changing the kinds of goods and services that local residents demand and changing the cost of doing business, making lower or making some lower-margin businesses no longer profitable. What does that mean? It means to get a waiter. So Meltzer goes on, and she then explores the data from New York City in 1990 or between 1990 and 2011 to look at how small business retention rates may vary between neighborhoods that are gentrifying and those that are not the overwhelming resource.

Perhaps counterintuitively, show virtually no difference. What did I say yesterday? Does it make a difference? Are you still going to shut down your business just because of what’s coming into your neighborhood, or are you going to up the ante and face it, like grown men and women? In fact, the percentage of small businesses that leave their store-fronts are replaced by other companies. You would expect to see the kind of scenario in a gentrifying neighborhood with, say, bodegas getting replaced by artisanal coffee shops. This is slightly higher in non-gentrifying communities, more than in gentrifying ones. So what does that mean? That means that there’s no difference, according to the study, which is a micro-study. But the essential fact here is that local store-front businesses have a high turnover rate in general. So while there are many examples of companies going out of existence in gentrifying neighborhoods, there are lots of examples in other kinds of communities. This is what I was telling you about yesterday. Businesses are less likely to leave without a replacement. That is, create a vacancy, but somewhat more likely to leave with a replacement in gentrifying areas.

That means for you; it’s time for you not to reinvent yourself, but to add another line to your business that will make it feasible whether you remain in that neighborhood physically or not. How shall we say, do business online, how shall we say? Get the millennials involved. How shall we say you have to reinvent yourself and add another piece of yourself to the equation. Going on with the article says that the takeaway is not necessarily that brands or businesses displacement never happens in gentrifying neighborhoods. Plenty of people in high-cost cities can cite a favorite old business that relocated or disappeared because of rising costs. The result of this study on retail displacement is strikingly similar in some ways the results of studies about residential displacement. So it’s more residential than it is commercial.

So while there is are certainty of information or examples that are happening, systematic studies that compare gentrifying and non-gentrifying neighborhoods repeatedly fail to find, that there are significantly less displacement and non-gentrifying communities. Alright! So you have to think here, and I’m going to categorize this in terms of time.

But what this means is that, you know, if the rising rents and apartments go up, they’re often offset by an increased willingness to pay, be cut for the better neighborhood. And if you have quality products and services and officers in the office offers in that neighborhood, then they are willing to pay more with high margin products that you’re offering or services. Got it. So, again, this has nothing to do with you. And everything to do with you and your business as well. And what did we say yesterday? You get to say hi to your neighbors the way they do it in the South, because at the end of the day, if you are not getting in good with your new neighbors, then you will not last very long in your store-front, in your business. Do not be intimidated by what’s coming into your communities because they are not the ones who are driving this.

There’s a far bigger system inside of it, and they’re banking on you to shrivel up, curl up, take your bags and leave, but you don’t necessarily have to do that. Alright! So in these struggling neighborhoods, low or stagnant incomes mean relatively lower sales for local merchants, making it hard for them to be profitable even if the rents are low. In other words, with business displacement, as with residential displacement, the reality of gentrification appears to be much more complicated than prevailing narratives. So we encourage you to look at it in a different way as Clarence Ivanna would say, The Black Godfather, it’s all about numbers, and if you see that your neighborhood is changing in terms of economics, then that should ring a bell to you that this is an opportunity.

And the question is, what are you going to do about it? This is a distraction. If you look at gentrification as an end-all and be all the end of your business, then that’s what it’s going to be. You have to let the main thing be the main thing. Distraction is going to stalk you. You will be its prey, and you will be at its mercy if you do not know how to add it up. We’re here for you, and listen we will going to make this a little longer but guess what? We will continue this tomorrow. and we’re going to let you know about tonight’s offer.

Actually, it’s this week’s offer, and we may even extend it into next week because we want you to grow your business fast. Either using social or learn the things that you must have in order to grow your business quickly In New York City, where there is a high rate of gentrification or wherever you are, you are in the world, which if you’re going through gentrification as well, because what you need to do and we always extoll these virtues, you have to insulate your business no matter what.

You have to ante up and level up your business no matter what. So click the links in the bio, everything is free this week, and we’re going to talk to you about a thousand dollar giveaway this weekend. See you later.

*transcript from our nightly IGTV show on Instagram.com/ecmgroups

Brand Clarity: Is It Clear Enough. Is It?

The Ultimate Guide to Your Target Audience